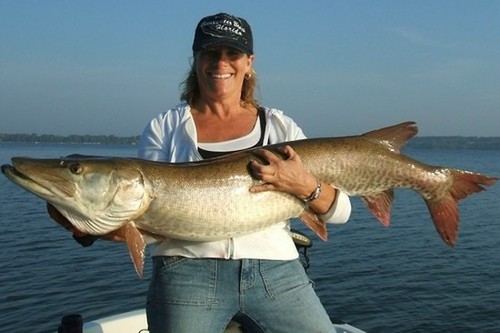 2011 was a SLOW year on Waconia Lake and Lake Minnetonka.  We caught a lot of BIG fish, but it was a SLOW, good year!  Speed did not work like it usually does.  I had to SLOW down for all species.

I am addicted to speed!  Clients always comment on how fast I fish.  "Cover water, put your lure in front of as many fish as possible!" is my first motto.  I still believe in that motto, but motto number two is "Listen to what the fish are telling you and ADAPT!"

In 2011, the fish told me they didn't like motto number 1.  If we hadn't followed motto 2, it would have been an unproductive year.  We started fast and ended SLOW.

In May, we usually catch panfish with jigs and plastics or fast moving beetle spins.  This year bobbers and live minnows were the ticket for huge baskets of crappies.

May and June revealed the same thing for walleye - live bait fished SLOW.  In June, we started fishing crankbaits and spinnerbaits fast for northerns and bass with marginal results.  Because of mottow two, we slowed down with soft plastics for bass and big sucker minnows for northerns.  The results were amazing!  Same areas, different presentation and dramatic difference in results!

Usually we burn bucktails, spinnerbaits, and crankbaits to crush massive muskies.  This year was different.  I watched boat after boat throwing big blades and reeling them in as fast as they could.  The fish were following but they wouldn't bite.  We quickly switched to soft plastics, twitch baits, and jerkbaits.  We caught a bunch of muskies over 50 inches while the boats around had dry nets.  The largest went 55 inches!

Next time you're on the water, listen to what the fish tell you and you too might enjoy a SLOW year as well!!